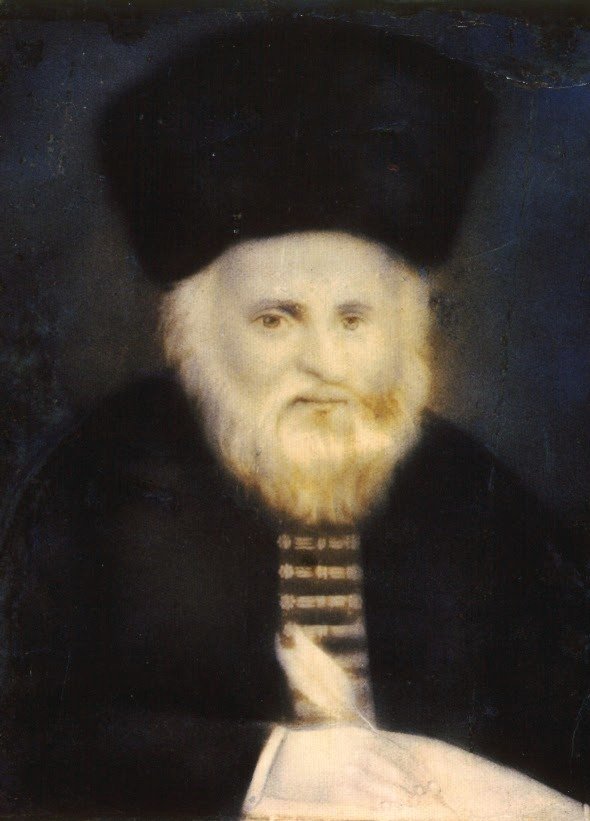 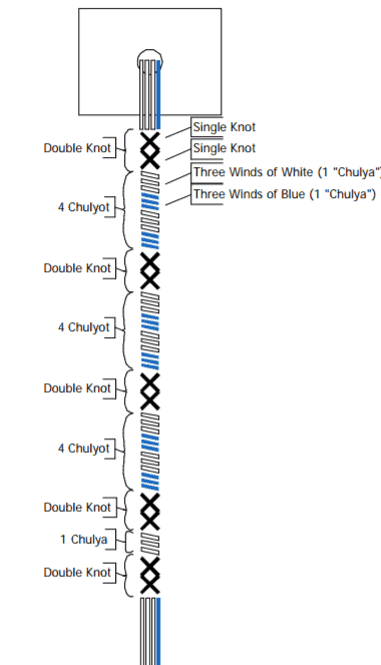 This method defines a chulyah as a group of three twists. It has 13 chulyot, and alternates white and Tekhelet between them, starting and ending with a chulyah of white. Those chulyot are distributed between five (double) knots with four chulyot between the top four knots and one white chulyah between the fourth and last knot.

From Micha Berger (who is one of many contesting the assumed string ratio of 2/8):

Did the Gra indeed hold like the Raavad on tekheiles count? We know the he writes in 3 places, each time looking like a different shitah. R Eliyahu Tevgar (https://tekhelet.com/pdf/hagra.pdf) concludes the does hold like the Raavad, but it’s a “nir’eh yoseir”, with the Radziner and R Moshe Sternbuch concluding the Gra held like the Rambam (as explained in that article). (My own read of the Gra on OC was like RMS’s — that the GRA was ruling out “gedilim” for “pesil” — but not specifying whether the Rambam’s pesil or the Raavad’s. I don’t have opinions on the Gra’s peirushim of the Zohar.)

So it seems RMS doesn’t feel the alternative stripe chuliah implies holding like the Raavad.