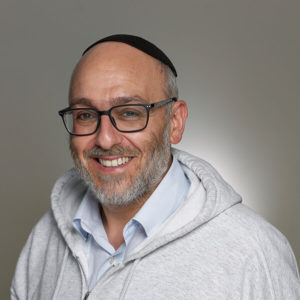 Rabbi Dr. Harvey Belovski (born 18 January 1968), is a British Orthodox rabbi, educator and organisational advisor. He has been the rabbi of Golders Green United Synagogue since 2003, a position previously held by Chief Rabbi Lord Sacks.

Belovski grew up in north-west London and graduated in 1989 from University College, Oxford in Mathematics. He studied at the Gateshead Talmudical College, from where he received semicha (rabbinic ordination) in 1994 and subsequently at the Gateshead Beis Hatalmud Kollel. He received further semicha-ordinations from the Amsterdam Beth Din and Dayan Gershon Lopian, emeritus rabbi of Edgware Yeshurun Synagogue, whom he considers his primary teacher. He also holds an MSc in organisational psychology and a PhD in hermeneutics from the University of London.

R’ Belovski uses Ra’avad techeles tied according to the Vilna Gaon. H was attracted by the shitah of the Ra’avad after looking into the issue years ago, and generally follows piskei halachah of the Gaon.