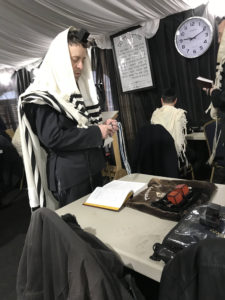 David Lichtenstein is an American billionaire entrepreneur and real estate investor. He is the founder and CEO of The Lightstone Group, which he founded in 1988. During the early years of the Lightstone Group, Lichtenstein focused on investing in multifamily properties. He rapidly grew his portfolio in the 1990s, before diversifying his portfolio and moving into retail. Lichtenstein in 2003 acquired Prime Retail for $638 million, seen as one of the largest retail purchases in United States at the time.

Since 2007, Lichtenstein has been responsible for some of the largest acquisitions and sales in the retail and hospitality sectors. In 2007, The Lightstone Group acquired Extended Stay Hotels for $8.1 billion and sold Prime Retail in 2010 for $2.1 billion, earning a large profit on the outlet mall group. Lichtenstein has more recently been involved in New York City real estate and is playing a large role in the redevelopment of Brooklyn and the Gowanus Canal area of the borough.

Lichtenstein was appointed to the NYC Economic Development Corporation’s board of directors in 2015 by Bill de Blasio and is on the board of governors of the Real Estate Board of New York.

Lichtenstein was born in 1960 into a Jewish family in New York City, United States. He grew up in the working class neighborhood of Sheepshead Bay, Brooklyn and graduated from James Madison High School (Brooklyn). He developed an avid interest in property during his twenties and launched his real estate career after the purchase of a single building. At the time, Lichtenstein was living in a two-family home in New Jersey.

He purchased his first property with a $12,000 down payment in the mid-1980s, which he funded by maxing out credit cards and using some funds from a small savings account. Over a three-year period, Lichtenstein reinvested capital from his properties to fund the down-payments on more properties. He then leveraged the new properties with loans, allowing Lichtenstein to continue to add to his portfolio.

As a Haredi Jew, Lichtenstein spent a number of years studying in yeshiva and kollel. Lichtenstein has donated significantly to many Jewish institutions both in and out of New York. He is seen as a community leader in the New York Jewish scene.

Lichtenstein is the author of two books on the Orthodox Jewish perspective on current events and contemporary topics including terrorism, gay marriage, abortion, missionary activities, insanity, genetics, and vaccinations. Lichtenstein also has a weekly radio show which covers the Jewish perspective on a different controversial topic each week. The show is well known for including interviews with various prominent Rabbis and Jewish community leaders. The show airs on several stations in the New York-New Jersey area. The podcasts are available at http://podcast.headlinesbook.com/