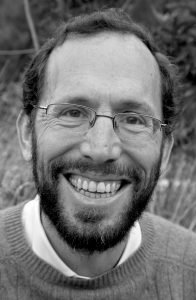 Rabbi Dr. Yakov Meir Nagen (born June 17, 1967; Hebrew: יעקב מאיר נגן) is an Israeli Rabbi and author. Nagen teaches at Yeshivat Otniel and has written extensively about Jewish philosophy and Talmud. He is a leader in interfaith peace initiatives between Judaism and Islam and in encounters between Judaism and Eastern religions. Nagen is also the Director of the Blickle Institute for Interfaith Dialogue and the Beit Midrash for Judaism and Humanity.

Nagen was born in Manhattan, New York to Azriel and Ahuva Genack. After completing high school in the United States, he studied in Israel at Yeshivat Shaalvim. Nagen returned to the US to study at Yeshiva University where he received a bachelor’s degree in Judaic studies and a master’s degree in Jewish history in addition to rabbinic ordination. In 1993 he moved to Israel and studied at Yeshivat Har Etzion and in 1997 joined the faculty at Yeshivat Otniel.

In 2004 Nagen received a doctoral degree in Jewish philosophy at the Hebrew University. His dissertation dealt with the interplay between Halacha and Aggada, Kabbala and philosophy in the context of the holiday of Sukkot. Nagen’s interdisciplinary approach towards Talmudic literature is developed his books: “Water, Creation and Revelation – Sukkot in the philosophy of halacha (Geloy, 2008) and “The Soul of the Mishna – a literary reading and search for meaning” (Dvir, 2016)

In 2006, Nagen traveled to India in the context of his research about the relationship between Judaism and eastern spirituality. Nagen see Judaism as incorporating elements both of Eastern and Western philosophy, as he presents in his book “Waking up to a new day – a renewed reading of Torah and life” (Maggid, 2013). In 2019 the book appeared in English as “Be, Become, Bless – Jewish Spirituality between East and West” (Maggid). Nagen is a leader in interfaith encounters in Israel and the Palestinian Authority between Jewish and Muslim leaders. In wake of his colleague, Rabbi Menachem Froman, Nagen believes that as religion is at the heart of the problem in the conflicts in the Middle East, religion must also be part of the solution.

Through the Interfaith Encounter Association (IEA) he coordinates a group of West Bank Rabbis that meet regularly with Muslim Sheiks and Imam’s, mostly from the Hebron and Ramallah areas. He is the co-chairman of the board of the Abrahamic Reunion. The Abrahamic Reunion composes of representatives of the four Abrahamic religions – Jews, Muslims, Christians and Druze dedicated to promoting peace in the Middle East. Nagen was a representative of the organization at the World Parliament of Religions in 2015 at Salt Lake City. Nagen is also active in the URI, United Religions Initiative, and was one of Israel’s representatives at the annual conference for the Middle East, held in Jordan in November 2017.

After the murder of the Dawabsheh family in Duma, Nagen was an organizer of the prayer vigil for the victims and outcry against the violence.

In March 2016 Nagen visited Al-Azhar University in Cairo and Fayuum to promote mutual respect between Islamic and Judaism.

In 2016 Nagen was profiled in Tablet Magazine as one of the 10 “Israeli Rabbis You Should Know”. Nagen is active in spreading Judaism in China in the context of the “Shofer from Zion” organization. Many of his writings have been translated into Chinese and in 2017 he gave lecture series in Beijing and Shanghai.

In 2020 Nagen was appointed as the director of the Ohr Torah Stone network’s Blickle Institute for Interfaith Dialogue and the Beit Midrash for Judaism and Humanity.

Nagen is also a member of the Tzohar and Beit Hillel organizations, Rabbinical organizations that focus on the relations between the Religious and secular communities in Israel.

In 1993 Nagen married Michal, head of the pre-army seminary Tzahali and daughter of Professor Uriel Simon. The couple lives in the Israeli settlement Otniel in the West Bank and have seven children.