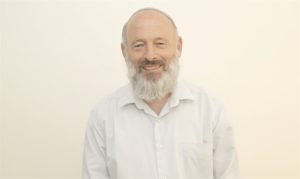 Rabbi Knohl was born in 1948 to parents who were among the founders of Kfar Etzion before the War of Independence, and after the Six-Day War he was among those who re-established Kfar Etzion, the first town in Gush Etzion.

Rabbi Knohl served in the Paratroopers Brigade in the IDF. He studied for five years at Yeshivat Merkaz Harav in Jerusalem and for eight years at Yeshivat Har Etzion in Gush Etzion. In the past he served as a teacher at the yeshiva of Kibbutz Ein Tzurim.

In 2002 he published a book on the laws of marriage titled ‘The Marriage Contract.’

Rabbi Knohl is the brother of Professor Israel Knohl, a lecturer in the Bible Department at the Hebrew University of Jerusalem.

Agriculture Minister Uri Ariel said that Rabbi Knohl was “a man of kindness, a great sage, and a teacher for life. “He was one of the founders of Kfar Etzion. May his memory be blessed.”

Deputy Defense Minister Rabbi Eli Ben-Dahan eulogized Rabbi Knohl: “This was a man whose vision and deeds were all public, and he never asked for anything. How symbolic it is that he passed away on Independence Day – the day that public and state authorities were restored to our country.”