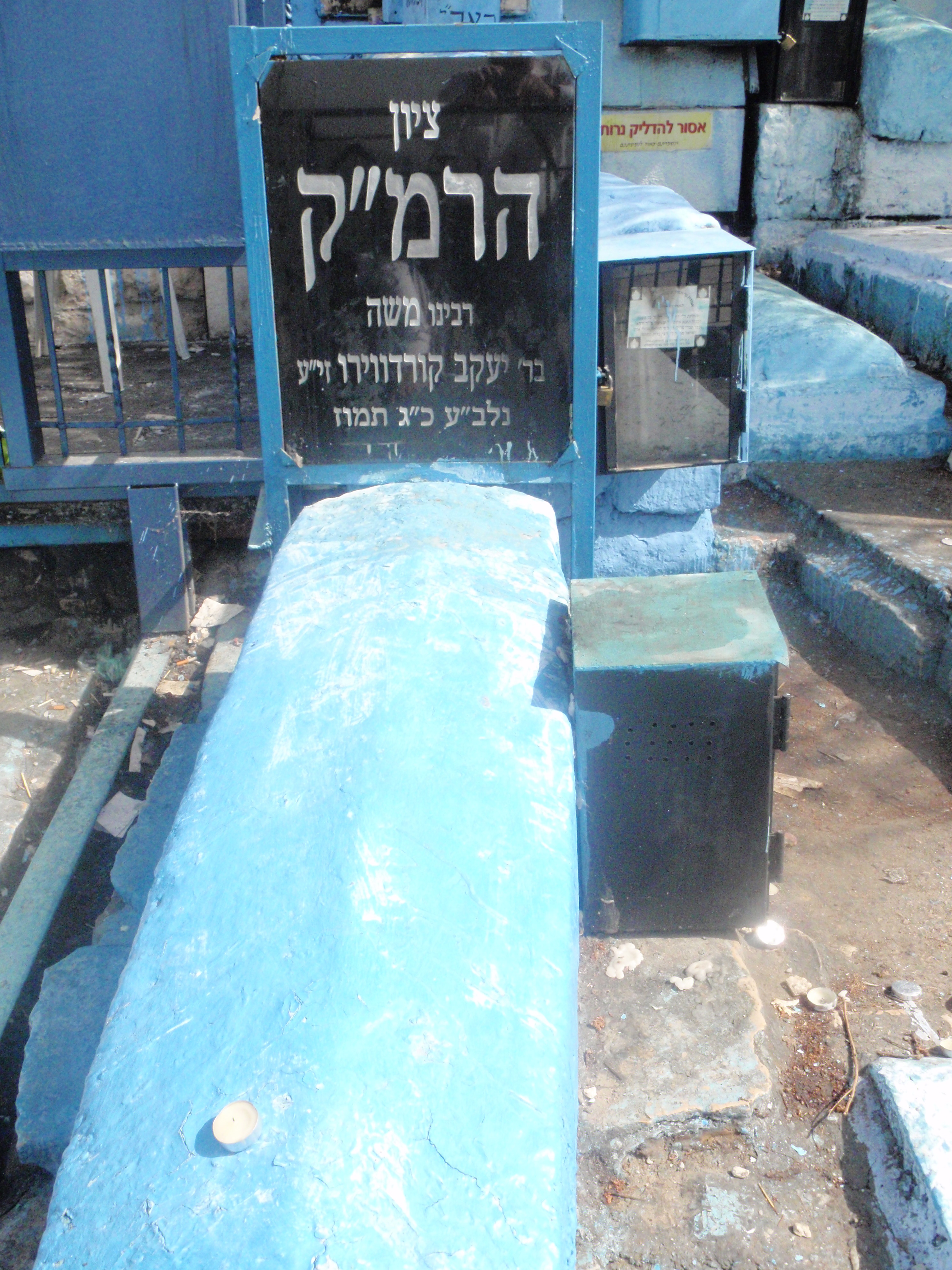 Yemenite חוליות of 3-3-3-4 (which is the pattern of the RAMA”K (R’ Moshe Cordevero) as well as the Chinuch ), one white wind before and after, 5 knots, long Raavad string. חינוך pattern. R’ Bentzion Twerski likes having one string instead of two since the זוהר says to do one string.

(The זוהר also says to do 1/8 Rambam strings, since it took Bnei Yisrael 7 days to cross the Midbar to reach the Yam Suf on the 8th day, and Techeiles Domeh LeYam, but not to nitpick).

R’ Shlomoh Taitelbaum also ties like this, but with Rambam strings.

Moses ben Jacob Cordovero (Hebrew: משה קורדובירו‎ Moshe Kordovero ‎; 1522–1570) was a central figure in the historical development of Kabbalah, leader of a mystical school in 16th-century Safed, Ottoman Syria. He is known by the acronym the Ramak (Hebrew: רמ״ק‎).

After the Medieval flourishing of Kabbalah, centered on the Zohar, attempts were made to give a complete intellectual system to its theology, such as by Meir ibn Gabbai. Influenced by the earlier success of Jewish philosophy in articulating a rational study of Jewish thought, Moshe Cordovero produced the first full integration of the previous differing schools in Kabbalistic interpretation. While he was a mystic inspired by the opaque imagery of the Zohar, Cordoverian Kabbalah utilised the conceptual framework of evolving cause and effect from the Infinite to the Finite in systemising Kabbalah, the method of philosophical style discourse he held most effective in describing a process that reflects sequential logic and coherence. His encyclopedic works became a central stage in the development of Kabbalah.

Immediately after him in Safed, Isaac Luria articulated a subsequent system of Kabbalistic theology, with new supra-rational doctrines recasting previous Kabbalistic thought. While Lurianism displaced the Cordoverian scheme and became predominant in Judaism, its followers read Cordoverian works in harmony with their teachings. Where to them, Lurianism described the “World” of Rectification, Cordovero described the pre-Rectification World. Both articulations of the 16th century mystical Renaissance in Safed gave Kabbalah an intellectual prominence to rival Medieval Rationalism, whose social influence on Judaism had waned after the Expulsion from Spain.