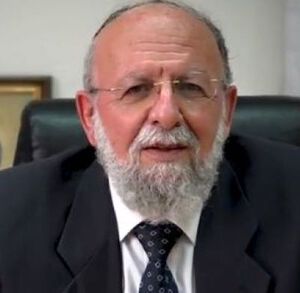 Rabbi Shabtai Sabato was born in Egypt and immigrated to Israel at an early age. He attended Yeshivat Netiv Meir in Jerusalem, later studied at Yeshivat Merkav HaRav, and served as a paramedic in the Six Day War. He is the founder and current Rosh Yeshivah of Netivot Yosef High School, and the founder and president of Meir Tuvia in Mitzpe Yeriho, where he focuses the students to complete all of Shas Gemara at an early age. Many of his students have grown to start Yeshivot of their own across the State of Israel. Rabbi Sabato was the first person to record all of Shas Gemara on audio under his banner of “The Recorded Talmud,” and continues to work with many educators in making the Gemara accessible and understandable to the masses. His recently published series on Parashat Hashavua, “Vatisa’eni HaRuah”, won him the “Jewish Creativity Prize” in 2017. He currently resides in Israel with his wife Ronit, and his children and grandchildren.