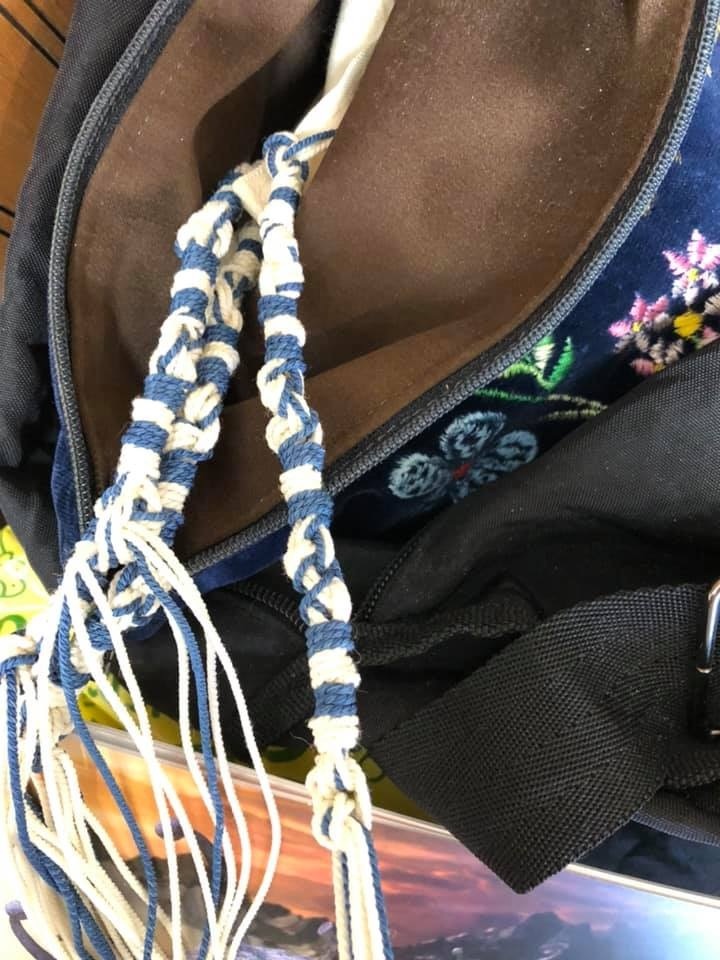 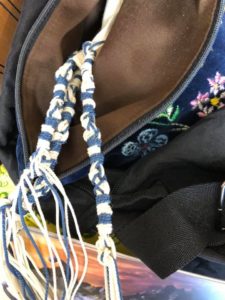 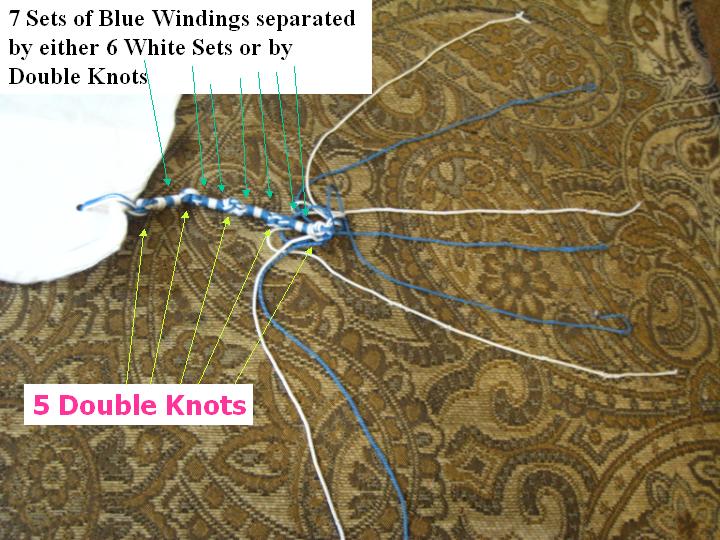 Some prefer 7 Techeiles Chulyos instead of 6. This method allows for it by doing blue-white-blue in between knots 2-3 and 3-4.

In the commentary of the Rosh on the Torah in the book Hadar Z’kainim, at the end of Parshat Shelach it is written:
And I heard that the windings for each corner be 3 sets of 9 windings and the last set of 12 windings. The three sets of 9 windings and the 1 set of twelve windings = 39 which has the same numeric value as the words G-d is one. Furthermore I have heard that the sum of all the windings and sets of windings called Chulyot and knots and strings = 248, like the limbs of a man, and check and find if you are proficient in numbers: 4 * 39 = 156, and 5 knots and 4 Chulyot and 8 strings behold this is equal to 23***; if so if we multiply 4 * 23 we arrive at the sum 248.

*** Now this needs further investigation for we need another 6 to reach the number 23; now it is possible that we can complete the number in the following manner: 5 double knots which behold is 10 + 8 strings + 4 chulyot + the hole in the garment to which they are tied = 23 or perhaps one can reach the number 23 by counting the G’dil (the upper third of the strings of the Tzitzit) instead of counting the hole.