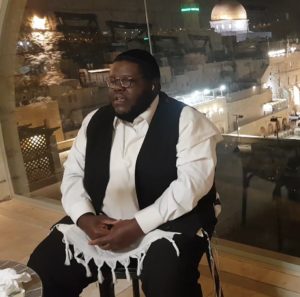 Nissim Baruch Black (born Damian Jamohl Black; December 9, 1986) is an American-Israeli rapper and producer from Seattle, Washington. Originally performing under the name D. Black, he released two albums, The Cause and Effect (2006) and Ali’yah (2009), and was featured on producer Jake One‘s debut album White Van Music (2008). He retired in 2011 to focus on his conversion to Orthodox Judaism, but returned in 2012 under his Hebrew name, Nissim Black, and began writing from a more religious standpoint. Nissim and his wife made Aliyah to Israel in 2016 and live in Beit Shemesh with their six children. He appeared on the Shtar song “Rabbit Hole” from their album Boss EP, released in 2012. In 2013, he released a mixtape, Miracle Music, followed by his debut album, self-titled Nissim. In March 2017, he released his second album Lemala. A third album, Gibor, was released in 2019.