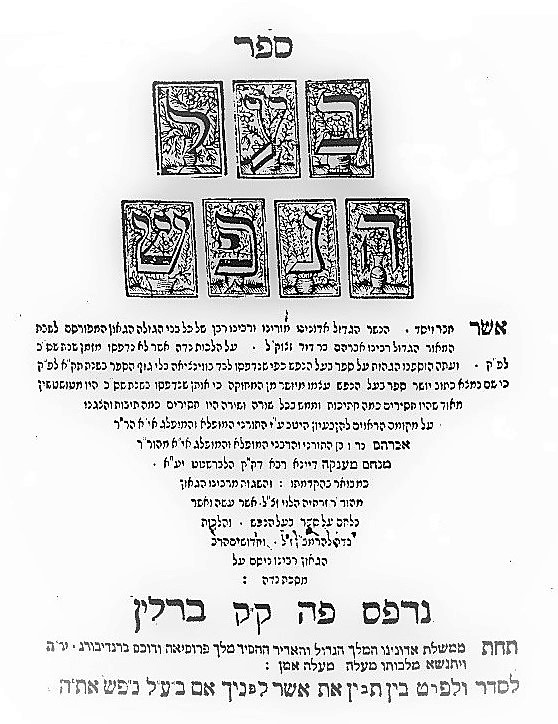 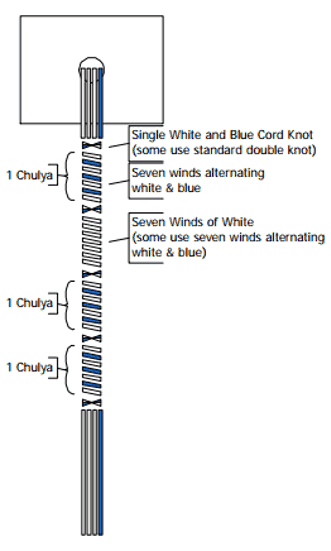 This method defines a chulyah as between 7 and 13 twists. There are five (double) knots, with chulyot between them of twists that alternate between Tekhelet and white. The first and last twist of each chulyah is white.

The second Chulya in this case is all white since, as 8 is an even number, it’s not physically possible to have Techeiles winds included and, at the same time, have the first and last winds white. On the other hand, again, the only Chulyos that matter based on the Raavad really are the first one and last two.