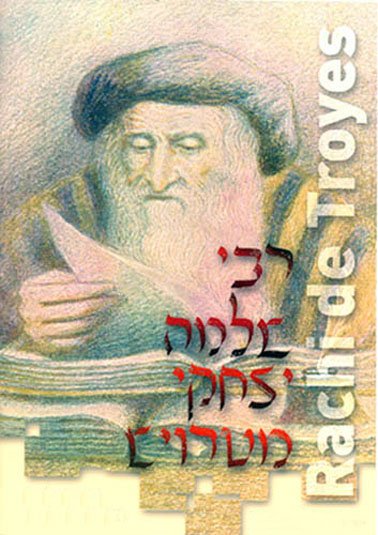 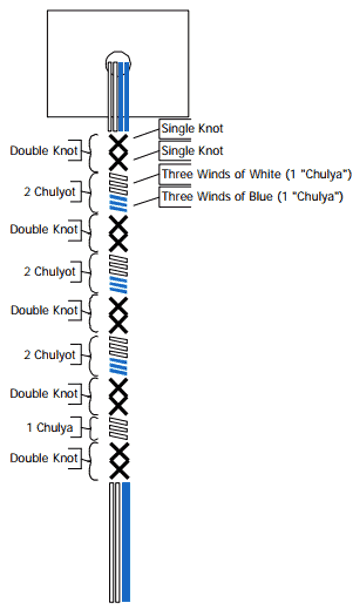 This method defines a chulyah as a group of three twists. It has 7 chulyot, and alternates white and Tekhelet between them, starting and ending with a chulyah of white. Those chulyot are distributed between five (double) knots with 2 chulyot between the top four knots and one white chulyah between the fourth and last knot.

We call this “Raavad 7” since people who wear 2 out of 8 strings often use this with Raavad 7 (extra short) strings, even though the tying method is not attributed to the Raavad.