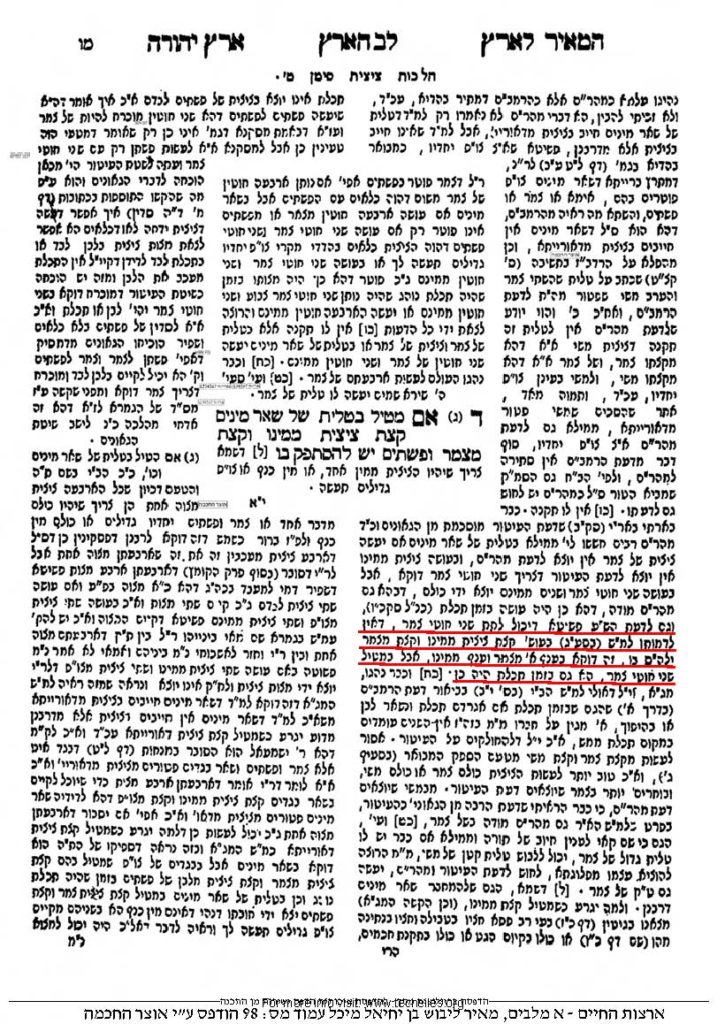 Meir Leibush ben Yehiel Michel Wisser (March 7, 1809 – September 18, 1879), better known as the Malbim (Hebrew: מלבי”ם‎), was a rabbi, master of Hebrew grammar, and Bible commentator. The name “Malbim” was derived from the Hebrew initials of his name. He used this acronym as his surname in all his published works, and became known by it in common usage.

Malbim was born in Volochysk, Volhynia to Yehiel Michel Wisser. His father educated him in Hebrew and the Talmud. After being orphaned as a child, Meïr was cared for and educated by his stepfather, Rabbi Leib of Volochysk.

At the age of 13, he went to study in Warsaw where he became known as “the iluy from Volhynia.” He showed talent from his early childhood, and his works indicate that he had a considerable knowledge of secular sciences and history. From 1838 to 1845 he served as rabbi of Wreschen. In the latter year he was called to the rabbinate of Kempen, where he remained until 1859. He was thereafter also known as der Kempener Magid.

In 1859, Malbim became chief rabbi of Bucharest, Romania. He had disagreements with the upper class and educated Jews there, some of them Austrian citizens (called in Romanian sudiţi), led by the noted Dr. Iuliu Barasch. They wanted to introduce changes in the spirit of modern European life into the life of the local Jewry, as was done in some Reform congregations. Malbim defended the traditional style of Orthodox Judaism, which demanded strict adherence to Jewish law and tradition. He rejected almost all suggestions to edit the Siddur, give up beards or make other changes in exterior appearance, or to make other changes in observance.

Malbim opposed construction of the big Choral Temple, to be equipped with a choir and organ, similar to the Great Synagogue of Leopoldstadt in Vienna. He thought this was too Christian in style. In 1864 the Choral Temple became the main neo-orthodox synagogue in Romania. He also condemned the founding (before he arrived) of the first two elementary schools in Bucharest for Jewish children to offer a general knowledge curriculum. In this period Romanian officials encouraged such efforts to integrate the Jews into mainstream Romanian life.

Malbim’s insistence on adhering to the halakha resulted in portions of the religious personnel (shochtim, dayanim) to become hostile to him. By their frequent complaints, his opponents almost succeeded in having him sent to prison. Malbim was freed through the intervention of Sir Moses Montefiore, but it was upon the condition that he leave Romania.

Malbim went to Constantinople and complained to the Turkish government, but obtained no satisfaction. After staying six months in Paris, he went to Lunshitz, in Russian Poland, as successor to his deceased father-in-law, Hayyim Auerbach (1866). Shortly afterwards he became rabbi at Kherson, and thence was called to the rabbinate of Mogilev, on the Dnieper (1870). There, too, he was a staunch supporter of Judaism and was resented by the richer Jews; they denounced him as a political criminal, and the governor of Moghilev forced him to leave the town.

Malbim went to Königsberg as chief rabbi of the Polish community, but he continued to have conflict with Reform Jews. Malbim visited Vilna in 1879, where the community would have appointed him rabbi, but the governor of Vilna opposed the election. He did not want to sanction the appointment of a rabbi who had been expelled from Moghilev as a political criminal. Malbim declined an offer to be chief rabbi of the Orthodox in New York City. In September 1879, Malbim was traveling to Kremenchuk, where he had been called as rabbi, when he fell sick. He died on Rosh HaShanah, 1 Tishrei 5640 at Kiev.