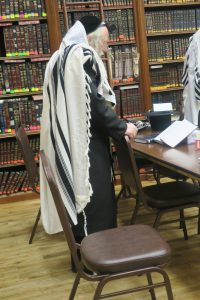 From Wikipedia on the Chasam Sofer:

“[The Chasam] Sofer established a yeshiva in Pozsony (Pressburg in German; today Bratislava, Slovakia), the Pressburg Yeshiva, which became the most influential yeshiva in Central Europe, producing hundreds of future leaders of Hungarian Jewry. This yeshiva continued to function until World War II; afterward, it was relocated to Jerusalem, under the leadership of the Chasam Sofer’s great-grandson, Rabbi Akiva Sofer (the Daas Sofer).”

This R’ Akiva Sofer is the son of R’ Yochanan Sofer ZT”L, himself a great-great grandson of the Chasam Sofer.

The Chasam Sofer wittingly stated “Chadash Assur Min HaTorah” with the Reform movement. It’s clear that his Einiklach didn’t see this apply with reinstituting the mitzva of Techeiles in today’s times.