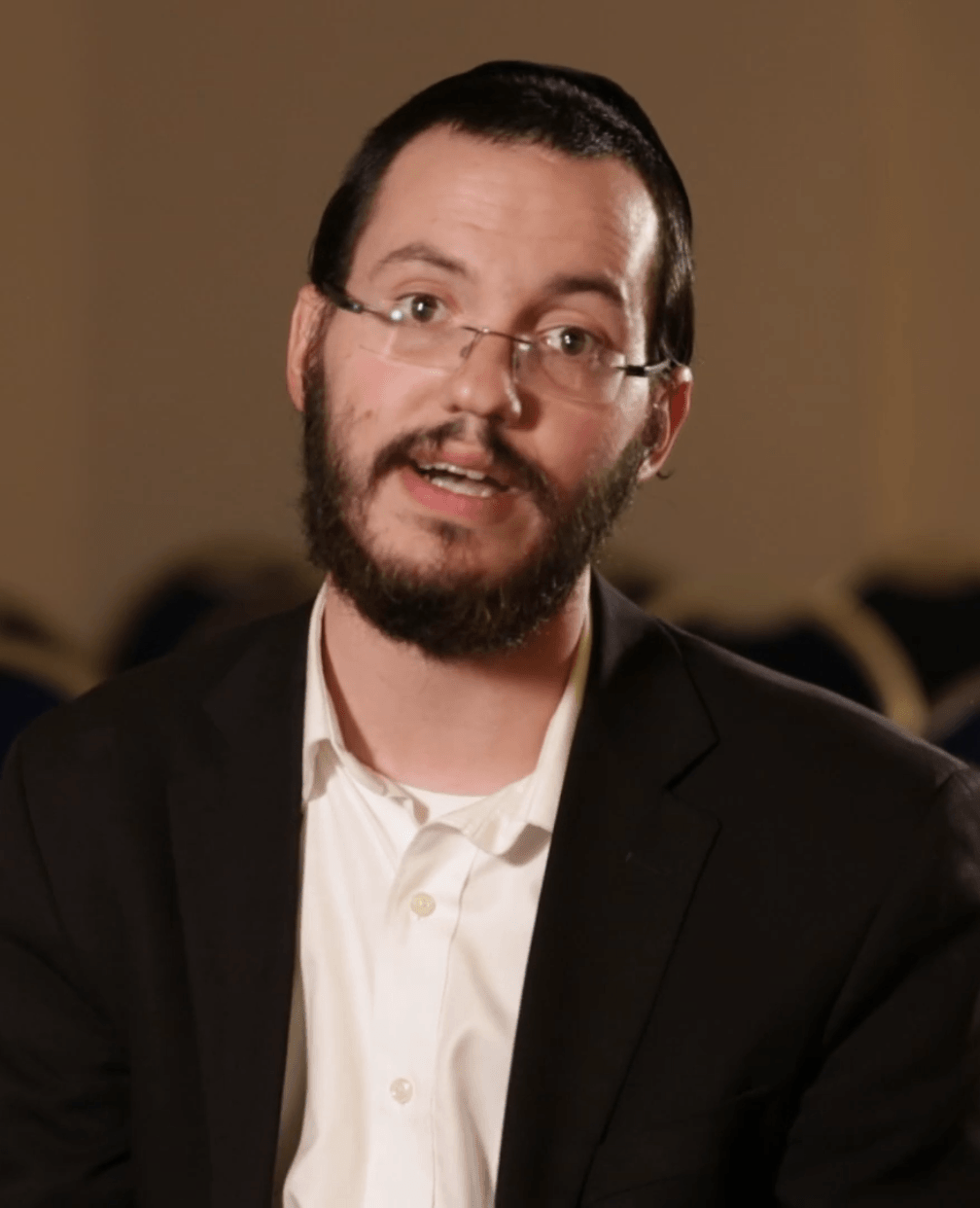 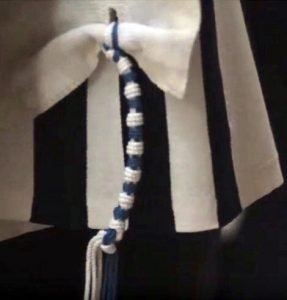 13 Yemenite Chulyos (each one counting as a knot according to some Yemenites), alternating white-blue, no knots in between. Double knots first and last (the latter being the Ittur separation), with the last knot all white strings wrap around the blue strings.

It’s hard to see from this angle, but there’s also a traditional double knot Kesher Elyon.

In his words, R’ Amram Gaon with the Pshat of the Bavli, Ittur style, as brought by the Beis Yosef and Biur HaGR”A. He’s not doing 5 double knots since a) each Yemenite Chulya counts as a knot, and b) the Geonim largely don’t touch on the necessity of 5 knots. He does a double knot kesher elyon to satisfy the Mordechai’s strict opinion of a knot. The bottom is to continue with the Ittur separation.

There is an argument as to the nature of the knots of the tzitzit. The Geonim (331 ’ גאוניקה ח”ב עמ ) hold that a knot can be one string tucked under itself. Rabbenu Tam ( מנחות לט. ד”ה לא ) compares the knots of tzitzit to knots in other laws like Shabbat, and therefore requires a double knot. According to Rabbenu Chananel, the knot is made by looping one string around the rest, whereas The Mordechai holds that all the strings are used (by looping four around the other four).