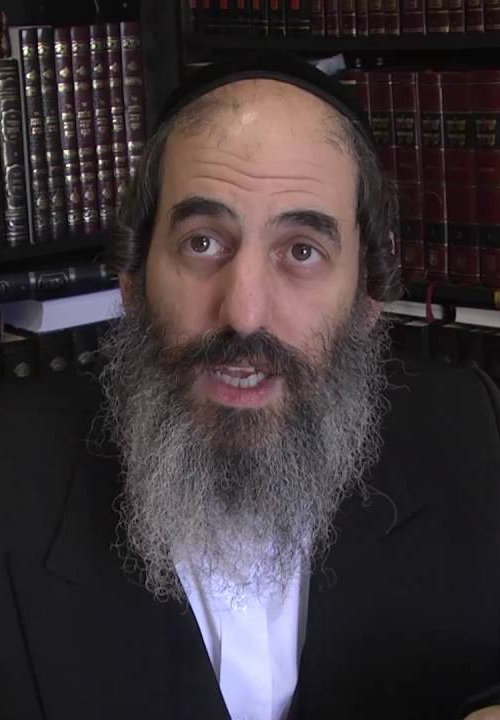 Yemenite חוליות of 3-3-3-4 (which is the pattern of the RAMA”K (R’ Moshe Cordevero) as well as the Chinuch ), one white wind before and after, 5 knots, long Raavad string. חינוך pattern. R’ Twerski likes having one string instead of two since the זוהר says to do one string.

(The זוהר also says to do 1/8 Rambam strings, since it took Bnei Yisrael 7 days to cross the Midbar to reach the Yam Suf on the 8th day, and Techeiles Domeh LeYam, but not to nitpick).

R’ Shlomoh Taitelbaum also ties like this, but with Rambam strings.

What’s interesting is that R Benzion Twerski got his method from Yehoshua Yankelewitz: the Chinuch does not explain how the חוליות are to be colored, even though his Shitta is usually depicted as having alternating חוליות, despite the fact that there is no basis for this.

There are other reasons to prefer the חוליות all being תכלת, among them that the רמב”ם holds that this is a main דין of תכלת.

Also the גמרא in many places is מדויק so, like חוט של כרך עולה מן המנין, which is משמע that there is only one שמש, not two.

Rabbi Benzion Twerski represents the third generation of Rabbinic leadership at Congregation Beth Jehudah.  He strives to take classic Chassidic texts and teach them in a manner that makes them relevant to all who strive to connect with their teachings.  Rabbi Twerski’s sensitivity and probing intellect has allowed him to develop close relationships with his congregation and he is heavily sought after as a speaker throughout the country.