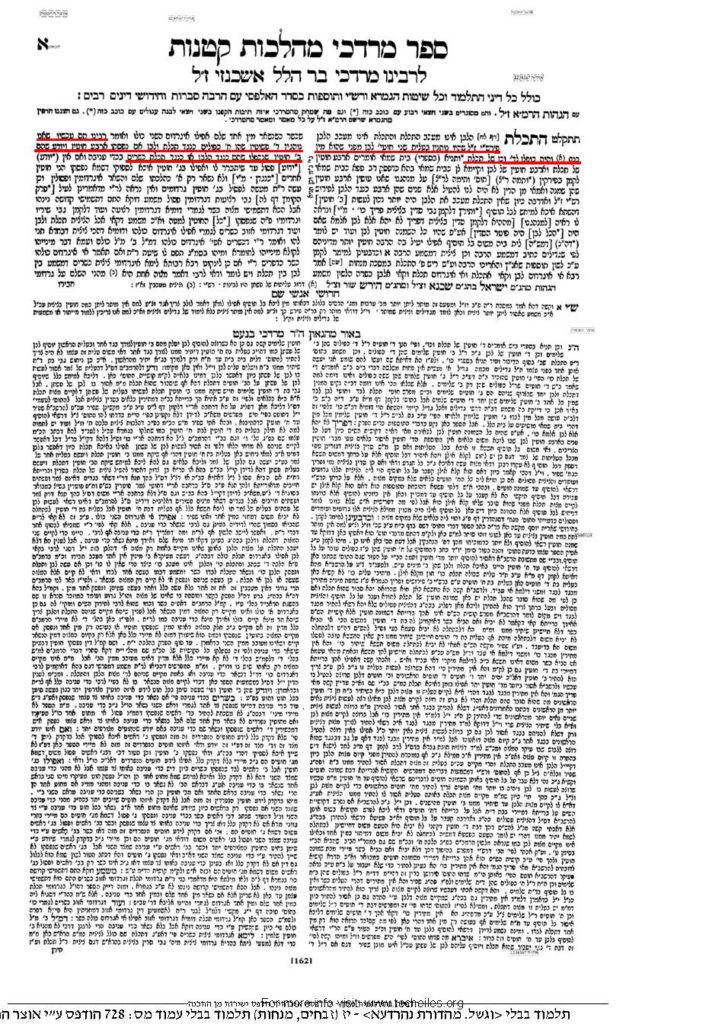 Mordechai ben Hillel HaKohen (c. 1250–1298), also known as The Mordechai, was a 13th-century German rabbi and posek. His chief legal commentary on the Talmud, referred to as The Mordechai, is one of the sources of the Shulchan Aruch. He was killed in the Rintfleisch massacres in 1298.

Little is known of Mordechai’s early life. He belonged to one of the most prominent families of scholars in Germany: his grandfather Hillel, on his mother’s side, was a grandson of Eliezer ben Joel ha-Levi, who was in turn a grandson of Eliezer ben Nathan. Mordechai was also a relative of Rabbi Asher ben Jehiel. He was married to Zelda, with whom he had five children.

His principal teacher was Meir ben Baruch of Rothenburg; he was also taught by Perez ben Elijah of Corbeil, Ephraim ben Nathan, Abraham ben Baruch (Meir of Rothenburg’s brother), and Dan Ashkenazi. In addition to his knowledge of Talmud and Halakha, the Mordechai was also an expert on Hebrew grammar.

About 1291 the family moved to Goslar. But his right of residence there was disputed by a certain Moses Tako (not the famous Moses Taku); although the suit was decided in Mordechai’s favor, it was conducted with such bitterness that Mordechai left Goslar and settled at Nuremberg. For the next seven years, he operated a Yeshiva there which attracted students from all over Europe. The Mordechai was murdered, along with his wife and children, in the Rintfleisch Massacres; see Nuremberg: Middle Ages.