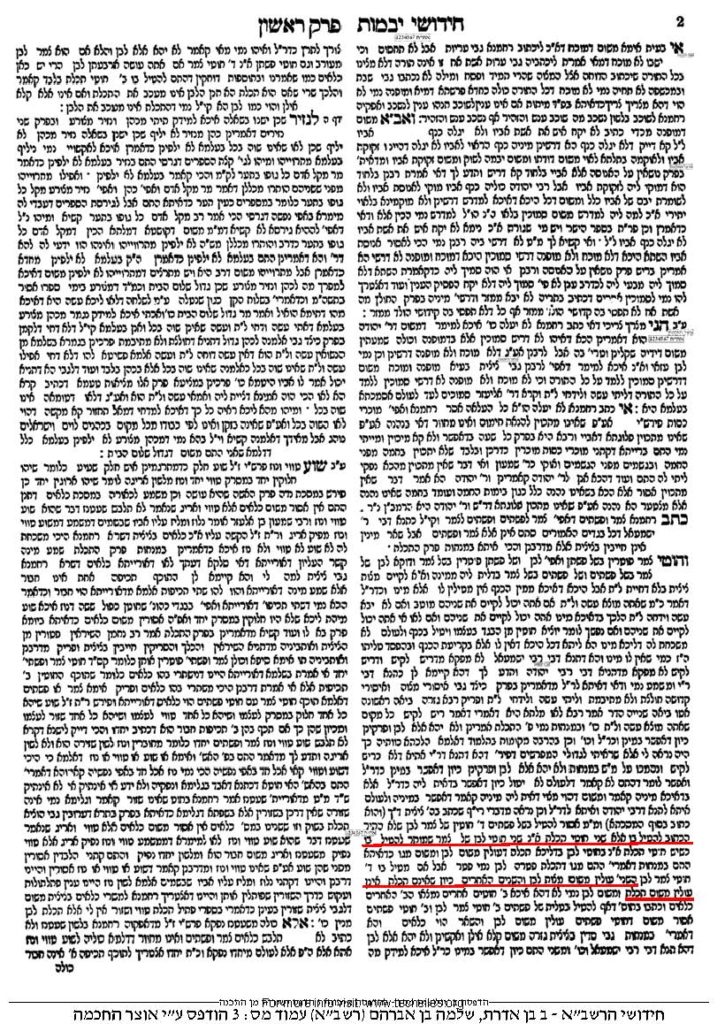 The Rashba was born in Barcelona, Crown of Aragon, in 1235. He became a successful banker and leader of Spanish Jewry of his time. As a rabbinical authority his fame was such that he was designated as El Rab d’España (“The Rabbi of Spain”). He served as rabbi of the Main Synagogue of Barcelona for 50 years. He died in 1310.

His teachers were Nahmanides and Yonah Gerondi. He was a master in the study of the Talmud, and was not opposed to the Kabbala. Adret was very active as a rabbi and as an author. Under his auspices and through his recommendation, part of the commentary on the Mishnah by Maimonides was translated from the Arabic into Hebrew. His Talmudic lectures were attended by throngs of disciples, many of whom came from distant places. Questions in great number, dealing with ritual, with the most varied topics of the Halakah, and with religious philosophy, were addressed to him from Spain, Portugal, Italy, France, Germany, and even from Asia Minor. His responsa show evidence of wide reading, keen intelligence, and systematic thought. They also afford a clear insight into the communal life of the time, portraying Adret’s contemporaries, and are of value for the study not only of rabbinical procedure but also of the intellectual development of the age in which he lived. Only half of these responsa have been published, as they number three thousand.

Among his numerous students were Yom Tov Asevilli and Bahya ben Asher.

A manuscript purporting to be a certificate of indebtedness, dated 1262, in favor of a certain Solomon Adret, Jew of Barcelona, and a passport for the same Adret, dated 1269, are still extant.

Aderet had to contend with the external enemies of Judaism, as well as with religious dissensions and excesses within its own ranks. He wrote a refutation of the charges of Raymond Martini, a Dominican friar of Barcelona, who, in his work, “Pugio Fidei,” had collected passages from the Talmud and the Midrash and interpreted them in a manner hostile to Judaism. These charges also induced Adret to write a commentary on the Haggadot, of which only a fragment is now extant. He refuted also the attacks of a Muslim who asserted that the priests had falsified the Bible. M. Schreiner has shown that this Muslim was Aḥmad ibn Ḥazm, and the book referred to was “Al-Milal wal-Niḥal” (Religions and Sects).

Adret opposed also the increasing extravagances of the Kabbalists, who made great headway in Spain and were represented by Nissim ben Abraham of Avila, a pretended worker of miracles, and by Abraham Abulafia, the kabbalistic visionary. He combated these with vigor, but displayed no less animosity toward the philosophic-rationalistic conception of Judaism then prevailing, particularly in France, which was represented by Levi ben Abraham ben Ḥayyim, who treated most important religious questions with the utmost freedom, and who was joined by the Spaniard Isaac Albalag and others.

Opposed to these was another tendency, the chief object of which was the preservation of the pure faith of Judaism. At the head of this movement stood Abba Mari ben Moses ha-Yarḥi. He appealed to Aderet for assistance. An extensive correspondence ensued between the authorities of southern France and northern Spain, Adret taking a most important part. Afterward this correspondence was collected and published by Abba Mari, in a separate work, entitled “Minḥat Ḳenaot”.

Adret, whose disposition was peaceable, at first endeavored to conciliate the opposing spirits. Ultimately he was called upon to decide the affair, and on July 26, 1305, together with his colleagues of the rabbinate of Barcelona, he pronounced the ban of excommunication (ḥerem) over all who studied physics or metaphysics before the completion of their thirtieth year. A protest against this ban may be found in a poem in which Philosophy “calls out in a loud voice against . . . Solomon ben Adret and against all the rabbis of France . . . who have placed under the ban all people who approach her”. Those who desired to study medicine as a profession were exempted from the ban. A special ban was pronounced against the rationalistic Bible exegetes and the philosophic Haggadah commentators, their writings and their adherents. The enforcing of these bans caused Adret much trouble and embittered the closing years of his life. He left three sons, Isaac, Judah, and Astruc Solomon, all of whom were learned in the Talmud.

The Rashba defended Maimonides during contemporary debates over his works, and he authorized the translation of Rambam’s commentary on the Mishnah from Arabic to Hebrew.

Nevertheless, the Rashba was opposed to the philosophic-rationalistic approach to Judaism often associated with Rambam, and he was part of the beth din (rabbinical court) in Barcelona that forbade men younger than 25 from studying secular philosophy or natural science, although an exception was made for those who studied medicine. On July 26, 1305, the Rashba wrote:

“In that city [Barcelona] are those who write iniquity about the Torah and if there would be a heretic writing books, they should be burnt as if they were the book of sorcerers.”