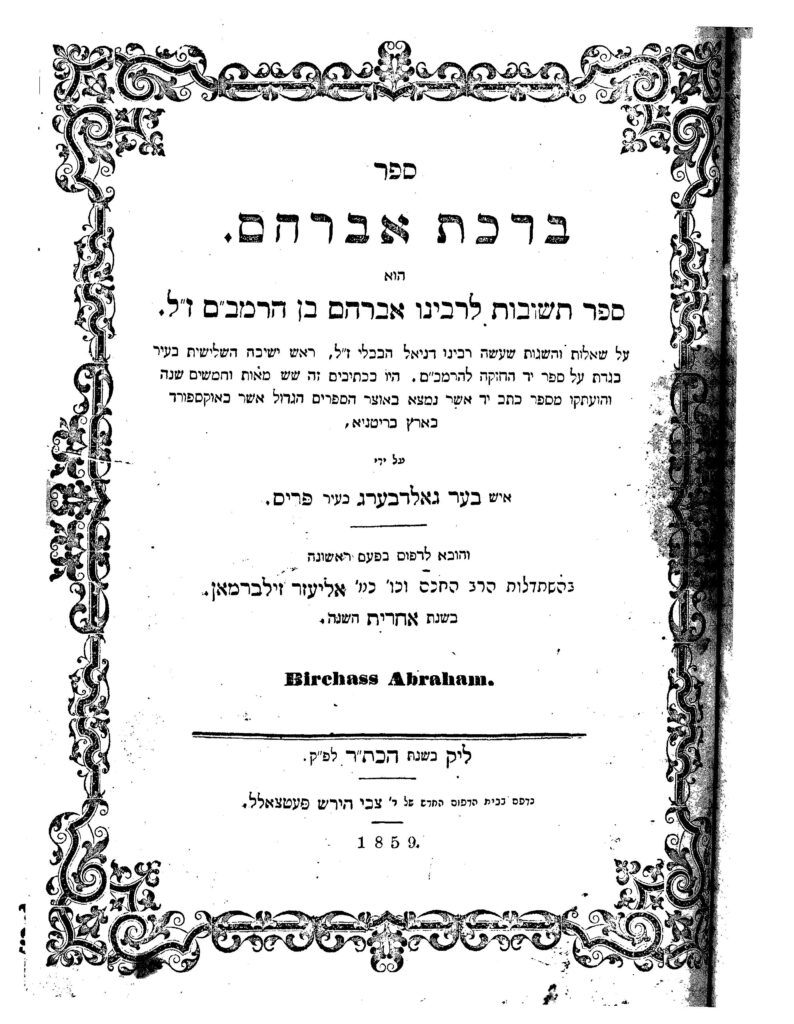 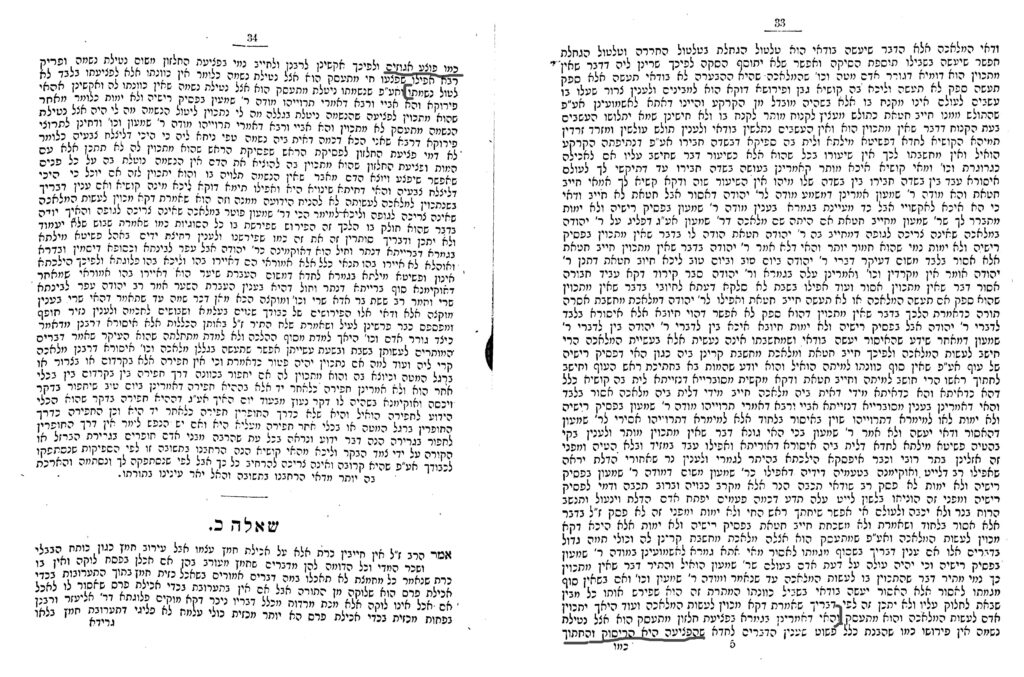 Let’s say in the Gemara concerning “Ptziyas chilazon” that one is מתעסק (unaware) regarding the killing of it (in other words, that is not what your intent is, you are just trying to get its blood) the explanation is not the simple way most understand it (and therefore one isn’t liable for Netilas Neshama). The idea is, for one, that “Potzea” involves ריסוק והחיתוך (crushing and cutting) like [performing] “Potzea” on nuts (Mishna Shabbos 17:2), and therefore the Rabbis contradicted (the premise) and made Ptziyas Chilazon liable for killing the creature. And Rabba redeemed (the premise saying that) even when doing Potzea on a living creature is unaware regarding killing it, as if to say that his intent was only for Ptziya alone, NOT to kill it!”

Some points by Rafi Hecht:

1. The reason why one wouldn’t desire to kill a snail when extracting its blood for dye is twofold. a) The intent is to get the dye by any means possible, and b) when the snail has died, the dye quality fades quickly. So one would want the snail to be alive as long as possible. This is evidenced in Shabbos 75a (translation from Sefaria: https://www.sefaria.org/Shabbat.75a.6?lang=bi):

“Rava said: Even if you say that he broke it when it was alive, he is exempt. Since he had no intention of killing the ḥilazon, he is considered as one who is acting unawares with regard to taking a life. The Gemara raises a difficulty: Didn’t Abaye and Rava both say that Rabbi Shimon, who rules that an unintentional act is permitted, agrees that in a case of: Cut off its head and will it not die, one is liable? One who performs an action that will inevitably result in a prohibited labor cannot claim that he did not intend for his action to lead to that result. Lack of intention is only a valid claim when the result is merely possible, not inevitable. Since one who extracts blood from a ḥilazon inevitably takes its life, how can Rava claim that his action is unintentional? The Gemara answers: Here it is different, as the longer the ḥilazon lives, the better it is for the trapper, so that its dye will become clear. Dye extracted from a live ḥilazon is a higher quality than that which is extracted from a dead one. Rabbi Shimon agrees that one who performs an action with inevitable consequences is liable only in a case where the consequences are not contrary to his interests. Since he prefers that the ḥilazon remain alive as long as possible, he is not liable for the inevitable consequences.”

2. Most translations translate Potzea in context of the Mishna on Shabbos 17:2 as cracking, even moreso with a mallet. From Sefaria (https://www.sefaria.org/Mishnah_Shabbat.17.2?lang=bi):

“Likewise a person may move a mallet, which is generally used for labor prohibited on Shabbat, to crack nuts with it. Likewise, one may move an axe, a tool generally used to chop wood, to cut a cake of figs with it. So too, one may move a saw to cut cheese with it. Similarly, one may move a spade to scoop dried figs with it. One may also move a winnowing shovel and a pitchfork, both of which are designated for use with crops in a barn, to place food on it for a child. One is likewise permitted to take a reed or a shuttle from a spindle, ordinarily used for weaving, in order to insert it into food like a fork. One is permitted to move an ordinary hand needle used for sewing clothes to extract a thorn with it, and one may move a sack maker’s needle to open the door with it.” 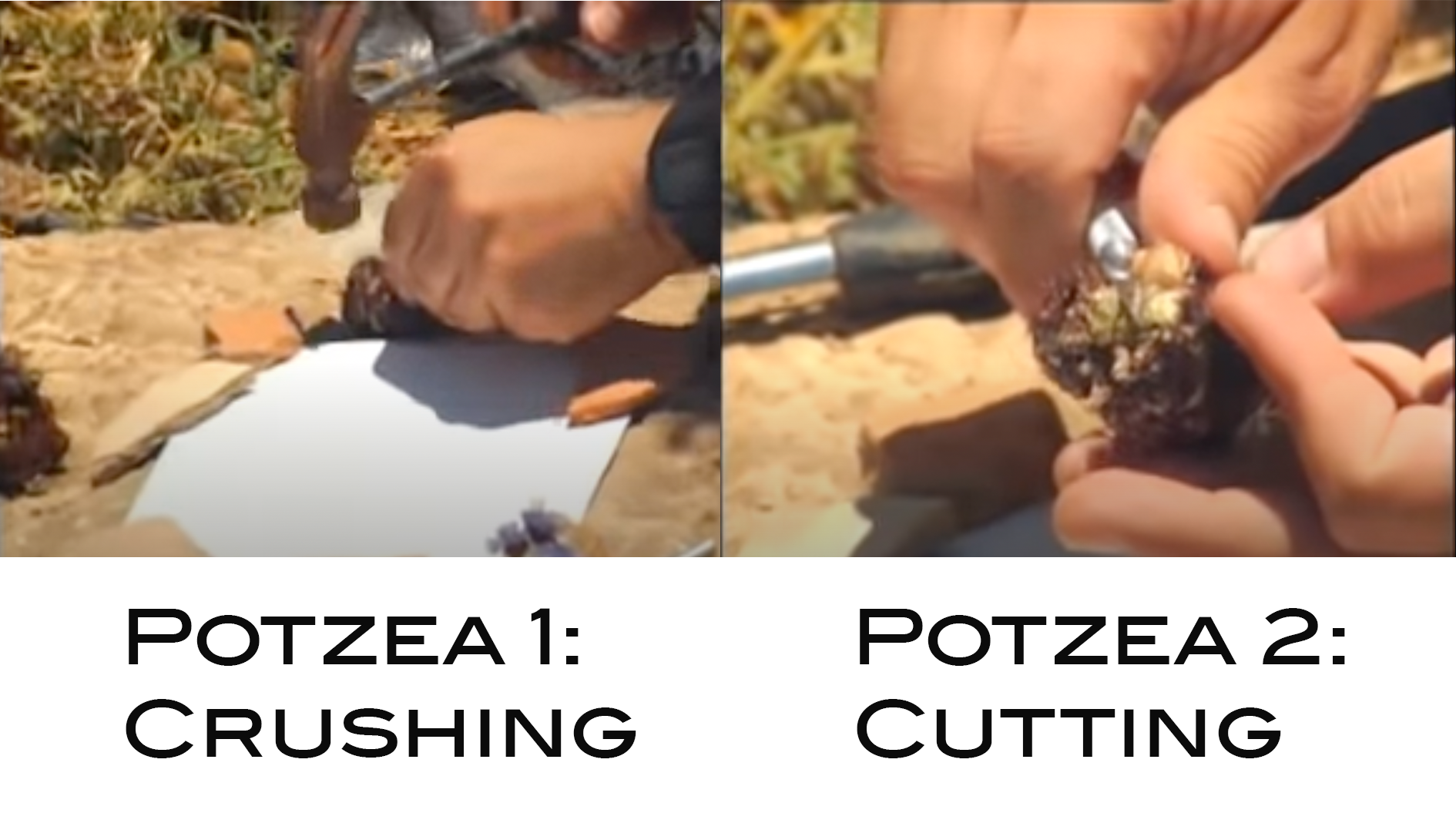