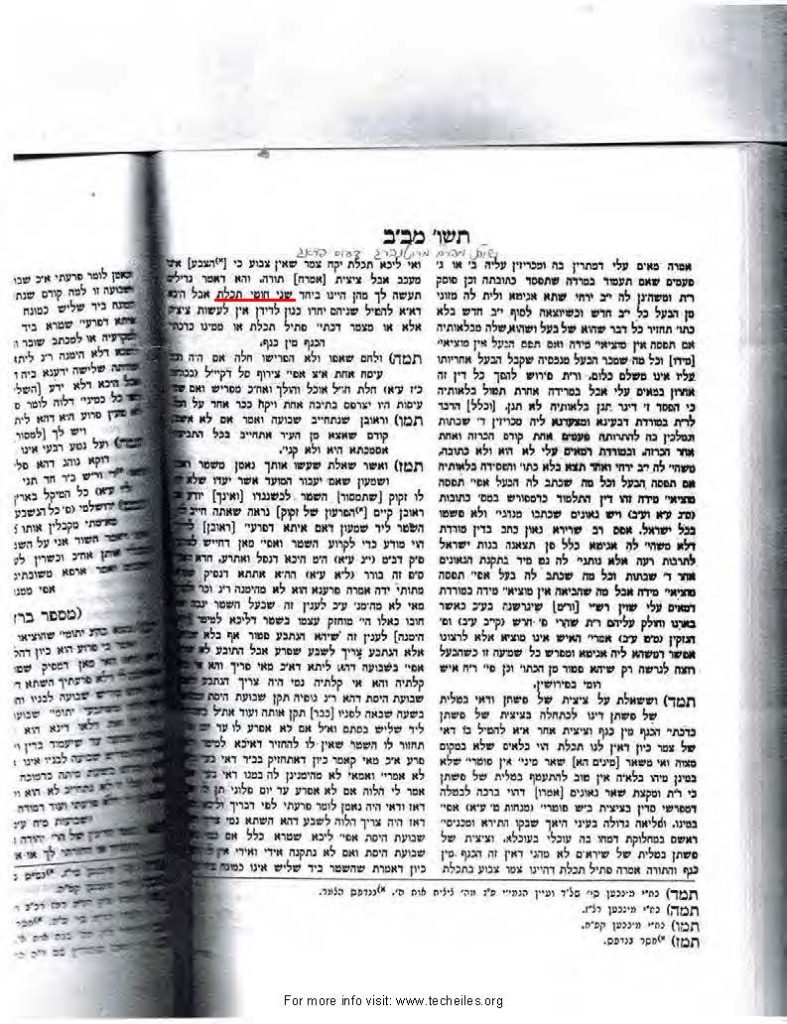 Meir of Rothenburg (c. 1215 – 2 May 1293) was a German Rabbi and poet, as well as a major contributing author of the tosafot on Rashi‘s commentary on the Talmud. He is also known as Meir ben Baruch (Hebrew: מאיר ב”ר ברוך‎), and by the Hebrew language acronym Maharam of Rothenburg (“Our Teacher, Rabbi Meir”, Hebrew: מהר”ם מרוטנבורג‎). He was referred to by Rabbi Menachem Meiri as the “greatest Jewish leader of Zarfat (Medieval Hebrew for France, a reference to Charlemagne‘s rule of Germany)” alive at the time.

Rabbi Meir was born between 1215 and 1220 in the Free City of Worms. He came from a long line of rabbis. His first teacher was his father. He continued his training in Würzburg under Isaac ben Moses of Vienna and in France, where he remained until 1242, his teachers being Yechiel of Paris, Samuel ben Solomon of Falaise, and Samuel of Évreux, witnessing the burning of the Talmud on June 17, 1244, in Paris. He then settled in Rothenburg ob der Tauber, opening a yeshiva in his house. After the death of his father in 1281, he settled in Worms. In 1286, Rudolf I, King of the Romans, instituted a new political status for the Jewish community, declaring them servi camerae regis “serfs of the treasury”, allowing direct royal taxation of the Jewish community. Since Rudolf did not prohibit local nobles from also taxing the Jews, the burden on the communities could be devastating.

Along with many others, Meir left Germany with family and followers, but was captured in the mountains of Lombardy, having been recognized by a baptized Jew named Kneppe, and imprisoned in a fortress near Ensisheim in Alsace. Tradition has it that a large ransom of 23,000 marks silver was raised for him by Asher ben Jehiel, but Rabbi Meir refused it for fear of encouraging the imprisonment of other rabbis. He ruled on his own abduction in light of Talmudic law.

Meir died in prison after seven years. Fourteen years after his death, a ransom was paid for his body by Alexander ben Salomon Wimpfen, who was subsequently laid to rest beside him in the Jewish cemetery of Worms.

Rabbi Meir wrote no single major work, but many notes, commentaries, expositions, and poems—as well as 1,500 responsa. His disciple the Rosh (Rabbi Asher ben Jehiel) codified much of his teaching.