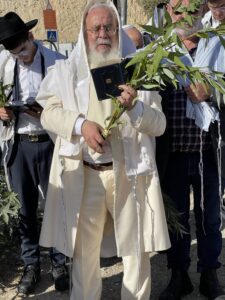 Recently (October 2013) his book “Le Règne de l’Unité” was translated into English under the title : “The Sovereignty of Oneness” for sale on Amazon . All these books are published by Editions Ramhal, created by Mordechai Chriqui, we can see them on the site : www.ramhal.com

He also hosts a research center and a community in the Har Nof neighborhood of Jerusalem. Along with his duties as rabbi, he has conducted studies on the science of religion at Concordia University, where he holds an MA in Religious Sciences.

Rabbi Mordekhai Chriqui was for many years interested in Kabbalistic thought and its philosophical implications in history. He is currently writing a doctoral thesis (Ph.D.) at the Sorbonne on “The Perception of Kabbalah as Metaphysics of the Unity”.