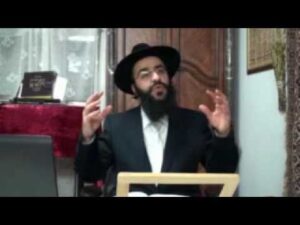 Rabbi Cohen has a number of interesting Chumros:

SHAAR HAEMET is an organization, which had and has tremendous success in the United States and Israel in returning to Judaism thousands of Jewish souls. What began in 1998 as a small organization with an outreach program in Queens, NY, under spiritual leadership of R. Daniel Cohen, now became a big organization that has spread all over the United States, Israel and Austria in Russian, Bukharian, and other Jewish communities. Our operations are still growing.

* We opened a new branch of SHAAR HAEMET in the Holy Land of ISRAEL where as of now we support 3 rabbinical schools “KOLLEL for DAYANIM” where 38 great Talmidey Chachamim learn TORAH daily.

* BETH MIDRASH – Every evening Talmud, Mussar and Halacha Lessons are presented by Rabbi Daniel in English, Hebrew and Russian.

* Lessons for family purity for men and women.

* Preparation of the bride and groom for family purity.

* Lessons for young couples how to sustain a happy marriage and Shalom Bait.

* Tefilot on Shabbat and Yom Tov.

* Torah Lectures on Shabbat with inspiring topics given by Rabbi Daniel Cohen.

* Promoting and helping with the acquirement of Tefillin, Tzitzit, Mezuzah, Jewish Books and literature, etc.

* Publications – A Book on Laws of Shabbat, a Book on Kashrut, Tzeniyut – Modesty, and a Pamphlet for Berachot;

* Special Videos – we are working to produce a video tape on Kashrut and Tefillin.

* Over 100,000 Torah audio tapes and CD’s in Russian were distributed for free, in New York, Israel, Austria throughout the world.

* 10,000 of Kiddush and Birkat Hamazon Pamphlets in three languages: Russian, Hebrew and a Hebrew Transliteration to help those who do not know how to read Hebrew.

* 1,500 books of SHABBAT KODESH, laws of Shabbat in Russian were spread out.

Our success is depending on the generous support of people like you, who have dedicated their time and money to help our cause. We respectfully ask you to DONATE a contribution according to your means to enable us to continue in the pursuit of our goals. May the merit of this Mitzvah bring us closer to the coming of Mashiach speedily in our days, Amen!

With Blessings to you and to all the Jewish people!

If you have any suggestions, proposals or would like to donate please feel free to contact us: