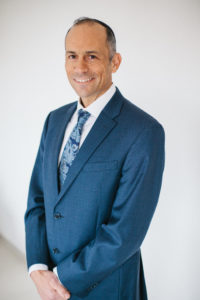 Mois Navon is an engineer by profession and a rabbi by passion.  Modelling himself on the principle of Torah U’Madda (Torah & Science), Mois received his degree in engineering from UCLA and his rabbinical ordination through the Mercaz Harav yeshiva.

In the realm of Madda, Mois is one of the founding engineers of Mobileye, where he designed the EyeQ family of SoC (System On a Chip) – the chip powering the autonomous vehicle revolution.  He is the author of numerous hardware patents in the field of image processing and computing hardware.  Prior to Mobileye, Mois worked for notable companies such as IBM and NASA’s JPL, as well as a number of Israeli Start-Ups.

In the realm of Torah, Mois has been teaching Jewish thought to Jews and non-Jews, religious and secular, in numerous institutions around the globe as well as publishing widely in the field of Jewish law and lore. Mois is member of the Ptil Tekhelet Association where he lectures and writes extensively on the topic of tekhelet and published “Threads of Reason,” a book which delves in to various halachic and philosophic aspects of tekhelet.  And for his efforts at integrating Torah and Madda and he is affectionately known as the “Rabbi of Mobileye.”

Today, working at the intersection of Torah U’Madda, Mois is currently a pursuing his PhD at the department of Jewish Philosophy at Bar Ilan University where his thesis seeks to apply Jewish philosophy to address the ethical questions arising in the field of artificial intelligence.