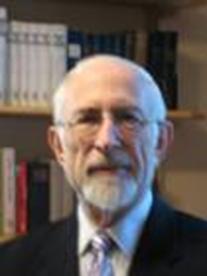 One of the main researchers in restoring Tekhelet, though his findings suggest hyacinth purple. Considering that he wears Tosafot strings with all blue, that’s a lot to wear for “wrong” Tekhelet!

“This site is devoted to information about scientific and Jewish research regarding tekhelet תכלת, the ancient dye that was made in the Mediterranean lands for dyeing wool and silk. It was one of the most prestigious and lucrative industries in Antiquity, as hyacinth-purple. The dye was produced from a marine shellfish species named  banded dye-murex (Hexaplex trunculus, ארגמון קהה-קוצים), that is native to Mediterranean Sea shallows.”

Born 1936 in London, England. In his youth, studied there Jewish subjects at Jews’ College, and Talmud with Rabbi Benzion Lopian. Served as General Secretary, Bnei Akivah Movement in Great Britain and Ireland during 1956-1959. Settled in Israel as halutz at Kibbutz Shluchot in 1959. Since 1961, resident in Jerusalem.

1966-1991 Senior Scientist, Israel Fibre Institute, Jerusalem; appointed to Associate Professor Grade. Conducted researches on the industrial chemistry of cellulose, starches, cotton and sugars. Specialised especially in studies of alkaline decomposition of carbohydrates, and the chemical reaction of proteins with carbohydrates that forms carcinogenic foods. Lectured on Dye Chemistry in the Hebrew University.

In 1970, he founded the Union of Civliian Research Scientists, the professional body of senior staff employed at Israel’s research institutions in the civilian sector. Since then, he has served as National Chairman of the Union.

Since 1989, he officiates as Scientific Editor of Yalkut Journal of the Israel Textile & Fashion Association .

For the Talmudic Encyclopedia (entry Hilazon), Dr. Ziderman wrote a Hebrew summary of the doctorate on tekhelet, that Chief Rabbi Herzog had composed in English. Subsequently he commenced his studies of tekhelet in the footsteps of the Rabbi’s findings. He authored the scientific proofs for identifying the Murex trunculus shellfish as the authentic hilazon of antiquity; also, he researched the Talmudic sources on tekhelet for substantiating his scientific findings. Publication of his researches and his public activity led to the establishment of Petil Tekhelet and to renewal of the observance of tekhelet threads on tzitzit. Recently he has been studying the chemistry of the ingredients of tekhelet dye that determine its colour, on cooperation with scientists in research laboratories in Israel and abroad.

Since 1984, Dr. Ziderman heads the Keren HaTekhelet (Tekhelet Foundation), which he founded in order to advance implementation of Rabbi Herzog’s doctorate. The Foundation’s programme has these four objectives:

(1) Use of the hilazon shellfish that grows in Israel to produce the tekhelet dye, without importing – so as to renew the original ancient product;

(2) Reproduction of the shellfish and raising them in ponds – so as to preserve the species for future generations from extinction due to marine pollution, and also to ensure a continuous supply of dye;

(3) Dyeing the tekhelet by an authentic process, without chemicals – according to the new scientific research of Dr. Ziderman;

(4) Supplying every synagogue-goer in the world with a tekhelet-tallit – so as to fulfill our mutual responsibility to all Jews.

In his letter to R’ Hershel Schachter in 2009, he lists 9 points justifying his wearing his method. Points 1-5 state that the Radzyner and Shulchan Aruch HaRav are the “latest and greatest” authorities that use a traditional tying method still in practice (and has been for hundreds of years). Points 5-8 also, and that maintaining tradition without “sticking out” is also important. Point 9 was because his Rabbi told him to tie as such.

He also goes to town on R’ Schachter on mixing and matching 3 winds per chulya versus 7.

From his response to R’ Hershel Schachter:

“It was very good for me to read that you require half of the threads to be tekhelet, and also that all the windings – except for the first and last – should be tekhelet, just as I have been practicing.

“In my Tallitot, I have been following the Shulhan Aruch HaRav and the Radjiner, with separate hulyot of three windings superimposed on the traditional 7-8-11-13 windings pattern between the knots. My reasons for doing so are as follows:

1. The Shulhan Aruch HaRav and the Radjiner are our latest authorities.

2. They were surely aware of all the previously proposed tying patterns, when they reached their decision. Their decision therefore implies rejection of the earlier patterns for practical usage.

3. The previously proposed tying patterns were purely theoretical, since no tekhelet was in use by then [Nignaz HaTekhelet].

4. The Shulchan Aruch HaRav and the Radjiner observed their tying pattern in practice, and are continued by their followers until today.

5. Preservation of the continuity of the traditional Shulkhan Arukh pattern of 7-8-11-13, which has been universally observed [by Ashkenazim] for hundreds of years.

6. Observance of the law of three windings per hulya as required for tekhelet, in addition to the 7-8-11-13 ruling of the Shulhan Arukh.

7. Maintenance of the continuity of the uniform observance of the 7-8-11-13 pattern in ALL tallitot, worn either with or without tekhelet. [Lo titgodedu?; Lo nitnu mitzvot ela letzaref bahem et habriot?]

9. Rabbi Levi Yitshak Halperin, Head of the Institute for Science and Halacha in Jerusalem, instructed me to use this pattern.”