What is Chabura Techeiles?

What is Chabura Techeiles? 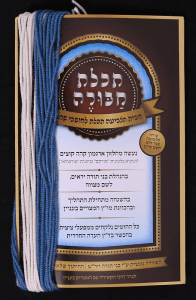 The Techeiles Chabura (Toporovich) makes Techeiles from the same murex snails, though theirs is sourced from Greece (as opposed to Spain and Croatia where Ptil sources their dye from) and they supposedly do some different things, like using fresh snails and only using Murex Trunculus (whether or not Ptil Tekhelet also uses Murex Branderis isn’t certain, but at any rate Murex snail based blue is kosher). Also, the fact that one group is more “Yeshivish” appeals to a certain crowd (though we’ve personally never saw a snail with a black hat – however they exist in California https://en.m.wikipedia.org/wiki/Hexaplex_nigritus).

Categories: Techeiles Chabura
<< Back to Home
Login to Blue Fringes - Techeiles
Reset Password
Enter the username or e-mail you used in your profile. A password reset link will be sent to you by email.
X