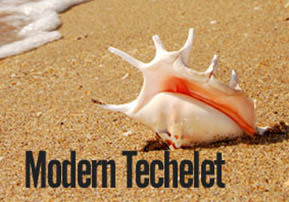 There is a tradition from Rebbe Nachman of Breslev that right before Moshiach comes, the mitzvah ot the techelet in tzitzit will be reinstated…

A contemporary of Rav Herzog’s, Alexander Dedekind of Vienna, suggested in his work Archeological Zoology (Vienna, 1898, p. 467) that the blue dye of Techelet actually did come from the snails found near the ancient dye vats. He differentiated between the Techelet and the Argaman snails, singling out Murex Trunculus (known in modern Hebrew as “Argemon Keheh Kotzim,” for “short spiked Purpura”) as the source of the blue Techelet. In contrast, the other two 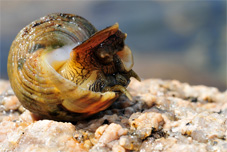