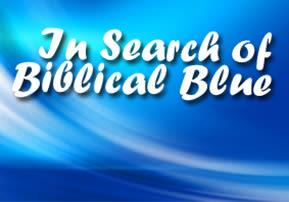 Throughout the time of the Talmud, the Techelet string was included in the Tzitziot of the men of Israel. Where is it today? Where does the authentic dye come from?

The Bnai Yisroel shall put on the Tzitzit of the corners [=ritual strings that hang from the corners of four-cornered garments] a string of Techelet [=wool dyed with a certain blue dye]. (Bamidbar 15:38) 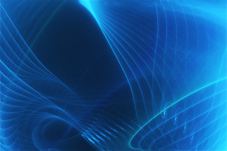 “Techelet is only kosher if it is made from the Chilazon; if it is not made from the Chilazon it is invalid.” (Tosefta Menachot 9:6, Beraita in Massechet Tzitzit 1:10)
The Techelet (or Biblical Blue) dye is mentioned dozens of times throughout the Tanach, usually together with another dye named Argaman (Royal, or Tyrian, Purple). In the ancient world these two dyes were extremely valuable — they were worth many times their weight in gold. Clothing dyed with these pigments were generally reserved for royalty, or at least for high ranking nobles. Techelet and Argaman were also used for dying the priestly garments worn by the Kohanim in the Holy Temple. In Parashat Shelach the Torah gives every Jewish man the right — even the obligation — to wear a string of this royal Techelet on his garments. Perhaps the inclusion of Techelet in our Tzitzit was also meant to demonstrate the idea expressed in the Mishnah: “All the Bnai Yisroel are like sons of *kings*” (Shabbat 111a). The Midrash puts it even more succintly: The Techelet reminds us of the dominion of Hashem Himself. It is attached to our garments to show all that we are none other than His own children! (Socher Tov Tehillim 90, “V’Hadarcha Al B’neihem”).
Throughout the times of the Mishnah and the Talmud the Techelet string was included in the Tzitziot of the men of Israel. Even the later Amora’im [=sages of the Gemara] who lived in Babylonia — far from the Mediterranean coast, where the Techelet was produced — had Techelet (Menachot 43a Sanhedrin 12a). Unfortunately at some point after this time the art of the manufacture of Techelet was lost, and its use discontinued. This is already apparent in the later Midrashim (Bemidbar Rabba 17:5; Tanchuma, end of Sh’lach) which mention that the Techelet has been “hidden away” (“Nignaz”). It is conjectured that the production of Techelet ceased sometime in the seventh or eighth century, perhaps as a result of the devastation and upheaval caused by the Arab conquest of Eretz Israel in 683.
What exactly is this Chilazon from which the Techelet dye is extracted? Where has it been “hidden” all these years? Is it possible to reconstruct the long-lost art of Techelet production? What is the nature of the Techelet that some men wear today on their Tzitzit — is it authentic or just an “artificial” substitute for the real thing? Let us take an excursion into the world of the Chilazon and the Techelet dye and see if we can unravel some of the mystery that pervades this fascinating subject. Before we start, it must be pointed out that in the field of Techelet research a great debt of gratitude is due to the former chief Rabbi of Ireland and later of Israel, Rav Yitzchak Isaac Herzog, who did a major study on the topic at the age of 24 for his doctoral thesis. In it, he combines his exceptional scholarship in 8 different disciplines and 12 languages, not to mention a tremendous erudition in Judaic sources. To this day his thesis remains *the* basic, authoritative work on the subject, from both a scholarly and a Talmudic standpoint. The thesis was written in English in 1920. It was later adapted into a Hebrew version by the author, which was published in installments in the periodical “HaHed,” from 1932 to 1935. The Hebrew version was recently reprinted in full in the book “HaTechelet,” by Rav Menachem Burstein (Jerusalem, 1988), pp. 352-437. The longer English version was printed in Israel in “The Royal Purple and the Biblical Blue,” edited by Ehud Spanier (Keter, 1987).
To be continued.
(Rabbi Mordechai Kornfeld of Har Nof, Jerusalem is an acclaimed Torah scholar who initiated the Daf Yomi Advancement Forum)
You might also like
One of the following
The History of Sapoon-Soap
Techeilet – Mitzva World
Rabbi Shlomo Aviner – Techelet